Why The NBA’s Diamond Anniversary Will Be Key For Brands

Why The NBA’s Diamond Anniversary Will Be Key For Brands

After two seasons altered by the global pandemic, the NBA is set to return to its normal schedule with fan attendance, and it couldn’t have come at a better time.

The National Basketball Association (NBA) unveiled the commemorative NBA 75th Anniversary Season logo, which will appear throughout the 2021-22 season on courts and official NBA merchandise, inside arenas and in original broadcast, digital and social media content.

2021-2022 will commemorate the 75th anniversary season of the NBA, also known as its Diamond Anniversary, and the league will be activating special campaigns around this exciting milestone.

In this article, we’re sharing why the NBA’s presence in digital video content, particularly through the enlistment of creators within the NBA Playmakers network, coupled with it’s upcoming commemorative season, are marking a unique time for brands to reach and impact Gen Z audiences.

Over the past 10 years, the NBA Finals have been dominated by familiarity. This will be the first championship series in a decade without one of LeBron James and Stephen Curry, two of the league’s biggest superstars and global sports icons.

This year’s NBA Finals matchup has hit rare territory with fresh and unique storylines taking the limelight. Between new contenders such as the Phoenix Suns and the Milwaukee Bucks, the emergence of young stars like Devin Booker, and the campaigns for popular names to win their first NBA titles, the league has generated more eyes and interest in the sport.

With millions of fans tuning into the NBA’s evolution and the return of live fan attendance, the momentum is expected to carry into one of the league’s most highly-anticipated seasons. This marks an opportune time for advertisers to reach a vast global audience of sports fans through NBA-led content and tentpoles.

With Gen Z sports consumption habits differing from older demographics, the NBA and other major sports organizations have had to pivot their content strategy to appeal to younger audiences.

To appease new and younger basketball fans, the league has made a concerted effort to modernize the distribution of its content across major social platforms. In fact, the association has become a leader in digital content, appealing to Gen Z sports fans more than any other major sports league.

“Forty percent of the league’s core fan base is under 35, and the league is finding success engaging young fans online, where it has 148 million followers across the major social media platforms — more than the other U.S. leagues combined. It has seen 43 percent growth in social media views in the past three years.”

While a percentage of the market does not consume the games live, YouTube has become the medium in which Gen Z sports fans are predominantly consuming NBA content, particularly through their favorite YouTubers and basketball personalities.

By enlisting creators within BBTV’s NBA Playmakers network, the NBA and BBTV are able to speak directly to the Gen Z audience with relevant and authentic content on YouTube alongside other platforms. Notable creators within the network such as Chris Smoove, MaxaMillion711, IN THE LAB, Kris London, Golden Hoops, and KnicksFanTV, provide Gen Z audiences with a medium to stay connected to the NBA, and consume highlights and analysis of games in addition to watching live broadcasts.

In 2020, NBA videos on platforms such as YouTube were viewed over 13.2 billion times, more than the other major American leagues combined. The growth of BBTV’s NBA Playmakers network followed the viewership growth trends, delivering over 3 million monthly views of content in the domestic market. That trend continued into this season with a significant increase in the NBA’s online performance and viewership numbers, forecasting the NBA and its video content as a key destination for advertisers this year and beyond.

With the league encouraging the usage of NBA IP and providing exclusive access for creators, the league has been able to respond to the consumption trends of young basketball fans and reach the cord-cutters. As the league invests in new ways to extend the game beyond the broadcast, this marks an opportune time for brands to make the same impact on young NBA fans by working with their favorite and most trusted YouTubers.

This will be further amplified as the league looks to produce campaigns and educate young fans of its storied history in celebration of the NBA’s 75th season.

Advertisers can leverage the NBA Playmakers network by co-creating original, custom content, or sponsoring programs like live experiences, performance reviews, or unboxings with influential basketball and lifestyle creators. Your brand can reach tens of millions of subscribers, while delivering your marketing message to millions of engaged Gen Z viewers.

With the NBA’s Diamond Anniversary season just around the corner, the production, promotion, and reach of NBA content will be at an all-time high. Pairing this year-long celebration with thriving viewership numbers, access to influential content creators on YouTube and other platforms, and the revival of packed arenas and live events, marks a pivotal time for brands to get in on the action.

The NBA’s 75th season is expected to take center stage across digital video platforms this coming season. Connect with BBTV and partner with the NBA Playmakers network to align your marketing and branded entertainment strategy with one of the league’s most exciting milestones, and reach engaged Gen Z sports fans ahead of the 2021-2022 NBA season.

How Brands Should Plan Ahead For Black History Month

For Black History Month, make a deeper impact by aligning your brand with the content creators black audiences already k...now and love. 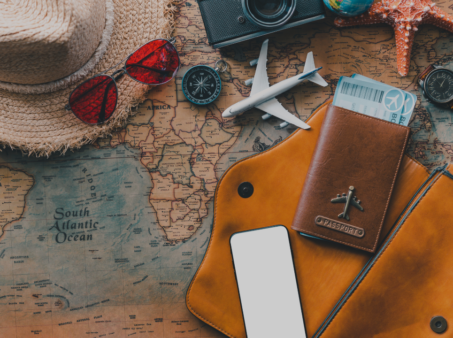 We explore the relationship between digital content and travel, marking an opportune time for brands to align with meani...ngful travel content.

With BBTV, marketers have the opportunity to engage the gaming community in an impactful way through top gamers and YouT...ubers.

With consumers looking to their favorite creators before making a purchase, GRWM content is the perfect way for brands t...o work with creators.